Ecommerce Solution Pentesting for a Company Providing Software for Airlines

The Customer is a European company, which offers a customer-facing ecommerce cloud platform to airline companies. The platform is designed to facilitate product information and order management for the airlines.

The Customer wanted to get penetration testing of their ecommerce platform to evaluate its security level. They turned to ScienceSoft’s security testing team to get the services they needed and find out whether there were any vulnerabilities in their solution that could be exploited by hackers.

CSRF means a possibility to exploit the Customer’s ecommerce platform by transmitting unauthorized commands from users that this platform trusts. ScienceSoft’s security testing team recommended enforcing the protection against CSRF attacks by including an additional token within relevant requests. It should be generated using a cryptographic random number generator, and each token number should be associated with a particular user’s session.

Browsers do not submit the cookies with a set secure flag in the requests that use an unencrypted HTTP connection. Thus, attackers are not able to intercept the cookies. In the course of penetration testing, ScienceSoft’s security engineers identified several cookies that did not have the secure flag. The Customer got a recommendation to set the secure flag on each cookie used for transmitting sensitive data.

The Customer obtained the evaluation of the security level of their ecommerce cloud platform. Penetration testing allowed the security engineers to identify four vulnerabilities in the Customer’s platform. The Customer got the list of corrective measures aimed at eliminating the security weaknesses to increase the ecommerce platform protection level. 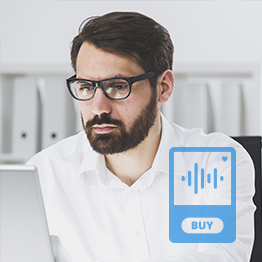 Online Marketplace Development for a Provider of AI Training Data

ScienceSoft launched an online marketplace for a seller of AI training data sets and helped them evolve it into a profitable lead generation channel. 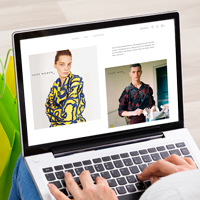 ScienceSoft has implemented a large-scale project of cross-business integration. Its ecommerce component resulted in the creation of an online store and its integration with Pimcore (a CMS) and Akeneo (a PIM) to meet the Customer’s functional requirements.