In today’s world, social media influence has become a powerful marketing weapon. The very idea of promoting a web store via celebrities isn’t brand-new and has already proved its efficiency. Available anywhere in the world with one click, online stores don’t have to take into account geographical location of an influencer's followers.

However, ecommerce companies have recently questioned the value of a multimillion army of fans. While engaging top influencers costs a fortune, this considerable investment doesn’t always pay off. People don’t usually relate to celebrities so it is harder for the latter to build a trusting relationship with their audience.

An emerging trend has entered the ecommerce marketing arena since such social media channels as Instagram, Facebook, Twitter and YouTube became increasingly popular. Micro-influencers have successfully settled in the world traditionally ruled by the Kardashians and eventually gained more value for marketers. 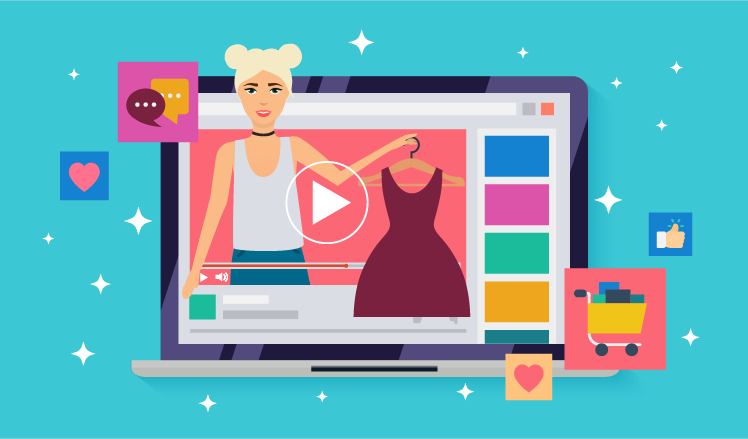 Let’s clear up the notion

To understand what benefits micro-influencers can bring to an ecommerce business, we need to start with the definition of who they are. Social media influence is measured by the number of subscribers. Boundaries of micro- and macro-influence can vary, but we will refer to the following figures: micro-influencers have 10,000-100,000 followers, while macro-influencers start from 100,000. A small target audience of micro-influencers might raise doubts about the efficiency of the technique. But let’s not uphold to a short-sighted view. The fact that more and more e-shops massively engage influencers with a small to medium following requires deeper investigation of the benefits they offer.

Though micro-influencers have far fewer subscribers than their million-plus peers, engaging them in the promotion of online stores can be more profitable. It turns out that trust and close relationship with the audience is critical for purchasing decisions. So, what exactly makes ecommerce companies choose micro-influencers?

Cost-effectiveness and availability for small businesses

The number of subscribers is the primary, not to say the only price determinant in influencer marketing. The price rises in step with a potential target audience. And there is a huge gap between the prices of micro- and macro-influencers. While the former charge an average of $250-$500 per an Instagram post, the latter can cost a fortune – from $20,000 to $100,000 for the same post, and this is not the limit.

Engaging micro-influencers can become an effective technique for small web stores with a modest marketing budget. Having invested in ecommerce development and covered associated costs, online entrepreneurs look for affordable and efficient ways to promote a business. With social media gaining momentum, they can start with reaching smaller but more loyal audience and gradually expand their activities.

When we talk about social media engagement, we mean activity on an influencer’s page (likes, comments, reposts, retweets). As the number of followers goes up, the engagement rate goes down. Micro-influencers with less than 2K of followers have 7 times larger engagement rate than those with 1+ million (10.7% vs. 1.5%). The trend shows that the communication with the audience becomes less personal when its size runs into hundreds and millions.

Ecommerce companies can leverage the possibility to reach highly-engaged viewers. Trusting relationship that an influencer has developed with subscribers helps get more conversions for a lower budget.

With all the publicity surrounding macro-influencers, they don’t usually share many personal moments or thoughts in social media accounts. On the contrary, micro-influencers are ordinary people who haven’t stared in movies or TV-shows. They have attracted their audience with unique content, both visual and textual.

As a rule, micro-influencers specialize in a specific niche: they may describe their lifestyle or daily activities, publish recipes or traveling recommendations, offer beauty or healthcare tips, and so on. This gives ecommerce entrepreneurs a benefit of relevancy. An apparel e-shop will benefit from promoting via a fashion or lifestyle blogger while a sportswear retailer can find a fitness model. The authenticity of micro-influencers allows them to create advertising content in line with their style. As a result, a sponsored post sounds as trustworthy as a friend’s referral.

For some industries, the choice of a micro-influencer is not so evident. Here, marketers need to see a broader picture. For example, what is associated with greeting cards? Care and warm-hearted feelings are among the first thoughts coming to mind. Online retailer Hallmark narrowed its promotional campaign down to family-oriented micro-influencers to present a new collection of holiday keepsake ornaments. Bloggers shared family photos, which maintained a desired image of the company.

Challenges of micro-influencer marketing and how to solve them

As each and every promotional technique, a micro-influencer marketing campaign can fail. Lured by benefits, marketers can forget to pay due attention to possible pitfalls.

Micro-influencers are harder to find

With more and more people creating and expanding their audience in social media, finding the right influencer for an ecommerce company becomes paramount. Looking through multiple accounts with a required audience size demands an enormous amount of time. Here are several ways to facilitate the search:

Micro-influencers are harder to work with

A single mention in social media might not be enough for an efficient marketing campaign. Aiming to increase the exposure, ecommerce companies need to engage multiple micro-influencers. This calls for more working hours devoted to the search of relevant bloggers, personal communication with them and evaluation of results. For instance, working with ten micro-influencers is ten times more time- and effort-consuming than working with one macro-influencer.

Though micro-influencers are better to be given freedom in creating advertising posts, developed guidelines on brand and campaign goals can let marketers quickly deliver the promotional idea and find a common language with bloggers.

The name speaks for itself: micro-influencers equate to micro-reach. When a targeted audience is limited, engaging ‘wrong’ bloggers doom a campaign to failure. The choice of irrelevant influencers can result in minimal returns while stumbling upon a fake one questions the whole idea of engaging micro-influencers for ecommerce marketing.

Owners of online stores need to be aware of social media accounts that look rather promising, with a required number of followers and seemingly high engagement rates. However, a closer look reveals the plain truth – subscribers and activity are bought. This simulation of popularity allows fake influencers to make a fast buck on commercial offers while ecommerce companies wonder at zero conversion.

Marketers should evaluate a social media account prior to any cooperation not to fall for a scam. Things to take into consideration are:

Influencers won the hearts of marketers long ago. However, the latter have recently reviewed their intention to reach the largest possible audience and made a focus on the level of trust an influencer has with his or her subscribers. More ecommerce companies choose several micro-influencers over a single top blogger. While they lose in coverage, they win in higher relevancy, more trust and authenticity of sponsored posts.

Our consultants will help to shape an optimal ecommerce solution for your business.

Magento and CRM: The Real Power of Integration

Magento 1 to Magento 2 migration guide: when benefits justify the effort