Creating a quality and efficient web application requires considerable test effort, which in some cases is tedious and time-consuming. This makes project managers recur to automated testing services, as test automation saves time and effort on monotonous tasks and allows a testing team to concentrate on tests requiring human perspective.

Yet, automated testing isn’t a universal remedy. Developing an effective automation requires a clear understanding of the process by all team members from testing engineers to PMs. Unfortunately, in many cases, team members concentrate exclusively on their work at hand, and intra-team communication lags behind. 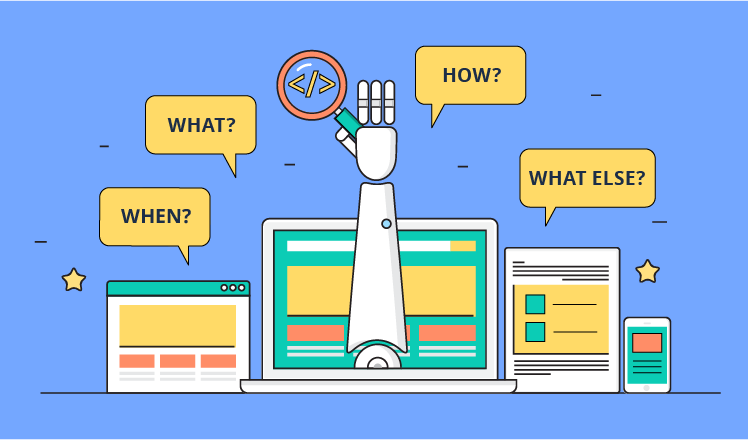 In the long run, test automation saves time and effort. However, it has its own cost, so it will be a viable option only if the project meets certain conditions:

Web applications can be data intensive. Thus, data-driven testing (DDT) may make a reasonable strategy. According to ISTQB, DDT is a special “scripting technique that stores test inputs and expected results in a table or spreadsheet.” The data are separated from scripts. This enables test engineers to run the same script for different input values. For data-intensive applications, DDT significantly reduces time and efforts spent on scripting.

Automated cross-browser testing addresses the challenges above and ensures a web app’s compatibility with specified versions of browsers and operational systems 6 times faster than manual testing. Usually, it lasts less than 5 hours versus 30+ hours for manual testing.

What’s more, you can fill two needs with one deed. The majority of cross-platform automated testing tools contain quality UI testing automation, as an adequate UI rendering is the cornerstone of cross-browser testing.

However, UI test automation cannot replace human perspective. Thus, expert exploratory testing is a must. It is also advisable to team up exploratory testers and customers or their proxies to make sure the web application provides a positive user experience.

Automation of all the testing types above doesn’t always make sense. Before you decide to automate, you should carefully consider the efforts and costs involved in the automation process and the value it brings. It could also be useful to start small, that is, to automate simple test cases to see how it works for your team and how much time and effort they invest. This way the project team will avoid unexpected delays.

No tool is a magic wand addressing every challenge automated web application testing may bring to a QA team. Therefore, it’s vital to examine the tools that meet the needs of your project and choose the most relevant one. In some cases, it might be better to use a combination of automated testing tools for web applications that work best for certain types of testing to ensure time- and effort-wise testing process.

In the long run, these efforts reduce testing time and cost, as they contribute to creating efficient and up-to-date test scripts.

For this matter, automated testing tools provide several waiting patterns. For instance, Selenium WebDriver observes six of them. Still, testing specialists need additional time to figure out which pattern to use for a particular project. These peculiarities increase testing time and effort, which in its turn increases testing cost.

As the use of mobile devices already prevails over that of desktop and portable computers, developing a mobile web app along with a web application seems a reasonable decision. Of course, this will increase testing efforts adding even more challenges:

Web app automation works towards reducing testing time and effort only when you have quality test scripts, effective testing process and clear communication within the team.

Reach out to us