Editor’s note: Image analysis provides a completely new vision on solar panel inspection and quality control. Read to learn about its current tech capabilities, numbers and real-life success stories. And if you’re looking for a way to improve speed and accuracy of quality control, reach out to ScienceSoft, a custom software development company, to get powerful and tailored image analysis software.

According to the Solar Energy Industries Association, the U.S. solar market is constantly growing, and in 2016 it nearly doubled its previous growth record, “adding more electric generating capacity than any other source of energy for the first time ever”. It is hardly a surprise since solar energy is considered to be one of the most promising renewable power resources, with an unrealized potential to meet the world energy demand several thousand times.

However, an important concern about the use of photovoltaic (PV) solar modules arose several years ago when the solar industry faced quality crisis. At the time, businesses started simultaneously reporting on the solar panels with the expected lifespan of 25 years beginning to fail after only 2 years in service. It may indicate that both the PV manufacturers and their customers should pay more attention to the solar panel quality control during the production and exploitation. 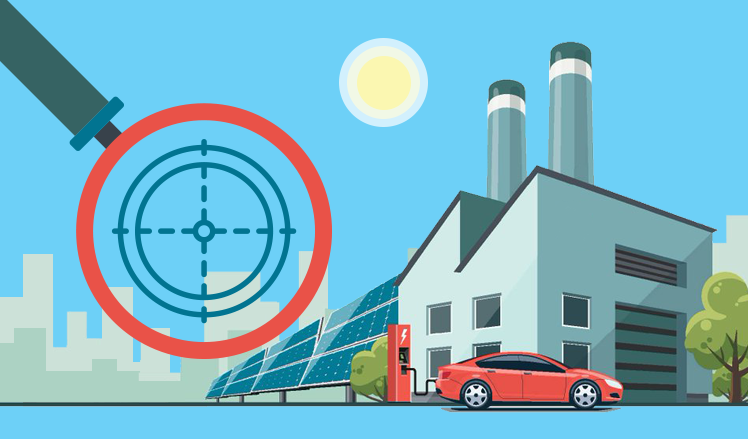 PV module defects are well studied and classified according to their nature, origin, and influence on the panel performance. For a better understanding of the defect detection issue, let’s explore several most common types.

The defects listed above can be detected via manual inspection, however, it is a slow method requiring the use of expensive electrical detection circuitry. The increasing demand for inspection speed (while maintaining a reasonable accuracy) calls for new tech-savvy approaches, such as industrial machine vision.

Since machine vision is one of the most common automated inspection methods in the semiconductor industry, there is small wonder that it has been successfully applied to PV module defect detection during the manufacturing process. Additionally, the scientists from sunny Arizona have recently proved that the sky’s the limit for solar panel inspection suggesting the use of image-based methods for regular inspection of PV modules at large solar farms.

So, let’s look closer at these two applications of image analysis in the PV panel quality inspection.

In the production line

The software part of automated inspection of PV module usually consists of two steps: image preprocessing and pattern recognition. In the first step, image filtering and edge enhancement methods are used to reduce the noise and enhance the defect visibility. Then classification and clustering algorithms are employed to recognize the defective cells based on the features detected.

For instance, Malaysian researchers have used a support vector machine (SVM) classification method, empowered with “an improved anisotropic diffusion filter and image segmentation technique,” to detect micro-crack defects in the multicrystalline solar cells[1]. SVM has shown a consistent accuracy of more than 88% in detection of micro-cracks, and with the number of training samples growing, the algorithm precision will increase.

Another collaboration[2] suggests the use of independent component analysis (ICA) for surface defect detection in PV modules. This unsupervised machine learning technique performs clustering of an image dataset, looking for regular patterns and locating their breakages (defects). Although this method can be used only to detect the presence of defects, not to classify them, it has shown a spectacular accuracy of 93.4% in defect location.

A recently patented idea[3] of Arizonian scientists implies the use of an infrared camera on a moving cart together with image analysis algorithms to inspect large solar farms comprising several millions of PV panels. Unlike the methods used in the production line, this approach is intended to work with images that were obtained without good alignment of the PV modules. This implicates the need for additional segmentation of individual panels before the clustering algorithm can be applied.

The proposed approach has been tested on a real-world data set containing above 12,000 solar panels. The system has successfully recognized more than 98% of modules and identified 92% of all the defects present, which is undoubtedly a good start. The researchers claim that it is able to achieve a detection rate of 97.9% with a false positive rate of 0.06%.

Putting it to use

While the research on the topic continues, the existing machine vision algorithms are already employed in solar panel manufacturing, boosting both the speed and the accuracy of quality control. We can also expect that very soon they will be used for inspection of huge solar farms as the software part of complex robot- or drone-based systems.

Our strong BA team, handpicked developers and proven PM practices get your tasks solved with software that brings maximum benefit and optimal TCO.