Editor’s note: In this article, we overview the white box penetration testing method, including its value, methodology, and techniques. If you need assistance in verifying your cyber protection level or reinforcing existing security controls, don’t hesitate to check out ScienceSoft’s penetration testing services. 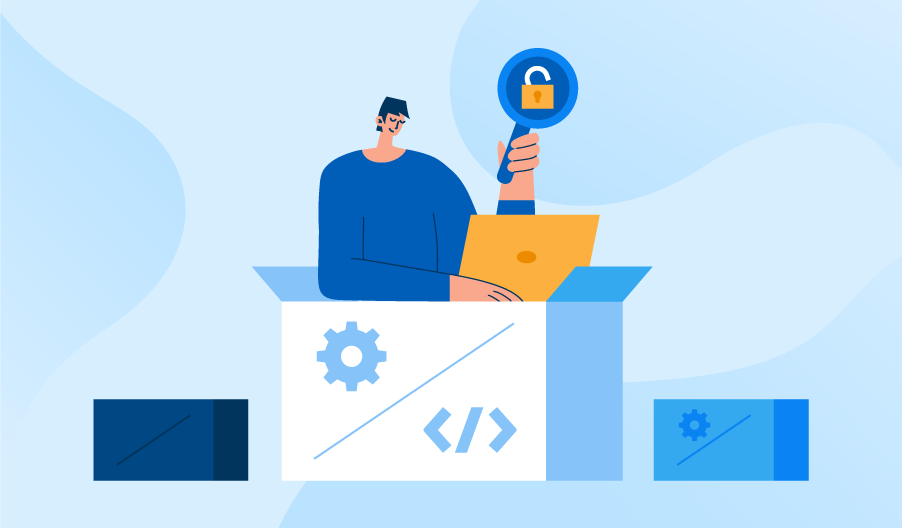 White box penetration testing, also known as clear box or structural testing, is a type of penetration testing in which a tester is given access to the internal makeup of software or an IT infrastructure in order to simulate a hacker's actions and find potential vulnerabilities.

Do Not Delay Your Cyber Security Check!

Contact us today and learn how ScienceSoft's security experts can help you identify specific weaknesses and take your cyber protection to the next level.

When it comes to software security testing, white box penetration testing implies reviewing source code to detect gaps that can make an application vulnerable to cybersecurity threats. The key aspects to be checked include:

A branch is one of many execution paths that the code can take after processing a decision statement like an if statement. The branch coverage is tested to check whether all branches in a codebase are exercised by tests and no branch leads to abnormal behavior of the application.

The path is a flow of execution that follows a set of instructions. The path coverage examines all possible paths of the software and ensures each path is traversed at least once. The path coverage is far more powerful than the branch coverage and is useful for testing complex builds.

The statement coverage evaluates if each and every line of code is executed at least once and helps find unnecessary or missing lines.

Apart from the three abovementioned metrics, white box penetration testing can rely on the following criteria:

A sample process of software white box penetration testing may look as follows:

Although white box penetration testing may appear complicated and time-consuming, it is an effective way to identify security flaws that are hard to reveal in an application or an IT infrastructure. If you need assistance in conducting white box testing for your IT environment or apps to check if they’re secure, don’t hesitate to contact ScienceSoft’s security testing team.