Harold is a cybersecurity consultant and a freelance blogger. His passion for virtual security extends way back to his early teens when he aided his local public library in setting up their anti-virus software. Currently, Harold's working on cybersecurity campaign to raise awareness regarding virtual threats that businesses have to face on a daily basis.

Artificial intelligence is constantly evolving and is currently being used in numerous ways, from Amazon’s smart systems to medical wearables. It allows machines to perceive their environments and mimic human cognitive processes to a certain extent. In a nutshell, AI-powered machines are able to learn in a similar way humans do. Consequently, machines can execute specific tasks without being explicitly programmed to do so, make their own decisions and even change the course of work based on their past experiences. This major breakthrough in the world of technology also raises security concerns: while AI capabilities are evolving, hackers try to take advantage of these technologies and use them for malicious purposes. 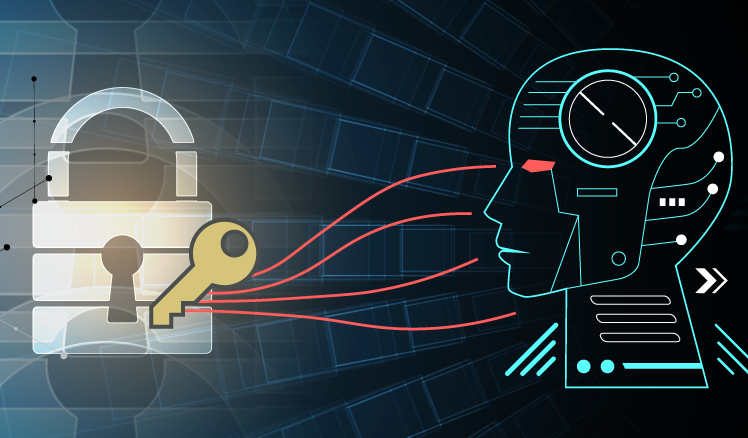 Malicious use of AI

According to a report from Future of Humanity Institute, a rapid advancement of the AI technology is causing virtual security threats in three main areas:

The expansion of existing AI technologies is evolving into a greater cybersecurity threat, when hackers can carry out more complex tasks much more efficiently and at a lower cost. These advanced cyberattacks will be more difficult to notice and even more difficult to stop.

Machine learning as a real danger of AI

With machine learning, AI systems, once hacked, no longer need to be controlled to act according to the malicious objective. The system can learn on its own and make its own calculated decisions. So, the attacks become a lot more difficult to notice and even more difficult to stop. Hackers will be able to stay unnoticed within targeted IT structures for longer than ever before.

Further development of AI technologies and machine learning will enable hackers to gain access to large databases and control data mining. While this may not be an enormous threat for an individual, it can become a security issue on a global level, keeping in mind that data mining is applied in numerous fields, for example, in major financial markets.

There is no doubt that AI has brought many benefits to the world but it also raises serious security concerns. Taking adequate defense measures, such as penetration testing, is going to become mandatory shortly, as it’s better to identify vulnerabilities before hackers cause any serious harm.