Development of an iOS Mobile App for Healthcare Professionals

The Customer is a US healthcare provider serving patients across multiple states since 2006.

The Customer had a custom-developed EHR system. To let their employees make use of this system on the go, when making rounds in hospitals, the Customer wanted to complement the EHR solution with an iOS mobile app. With this idea, they turned to ScienceSoft, as the Customer acknowledged the company’s ample experience in hospital mobile app development.

After a pre-discovery phase that consisted of a UX research and planning of the efforts, the development team chose Scrum with two-week iterations as their framework for managing the project. Then, ScienceSoft’s team proceeded to UI design, iOS development and back end implementation.

In 4 months, the app and its back end were not only finished but also successfully integrated with the EHR system.

For security reasons, the app itself doesn’t allow new user registration; its authentication is based only on the existing user data stored in the EHR. An employee who has access to the EHR can log in the app via:

The mobile app has three main features that make the daily routine of healthcare professionals easier and more consistent: 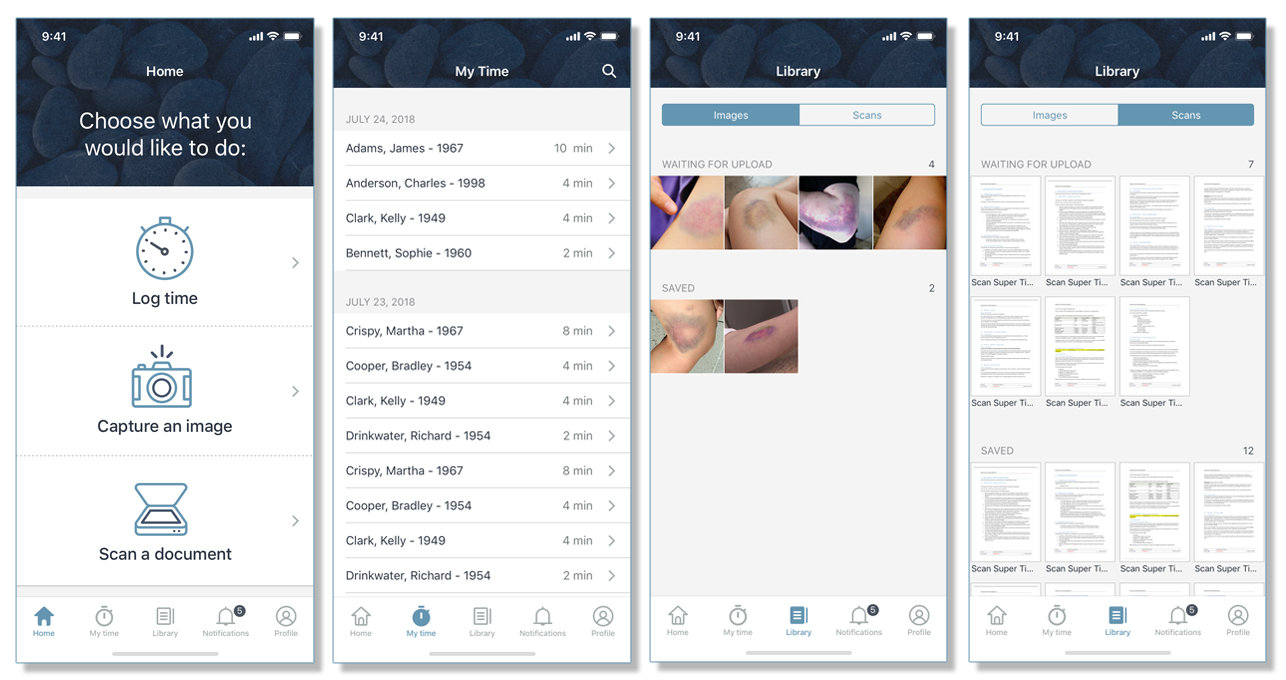 Images taken and documents scanned by the app can be uploaded to the EHR and are automatically saved to a mobile device library, where they are stored for 30 days.

The app was released in October 2018 and the Customer was completely satisfied with both the collaboration process and the final result.

Have a project idea but don't know where to start? We are here to help!
Get in touch
<![endif]-->