What JPMorgan Chase can teach you about mobile wallets

JPMorgan Chase has finally entered the mobile wallet game by launching a proprietary app in late November, 2016. It’s no surprise that Chase chose to wait till others will innovate first to get a feel of the mobile wallet market. The bank’s Chase Pay app can easily become a game changer on the market, since it has a few clear advantages over existing mobile wallets. In this article, we explore them. 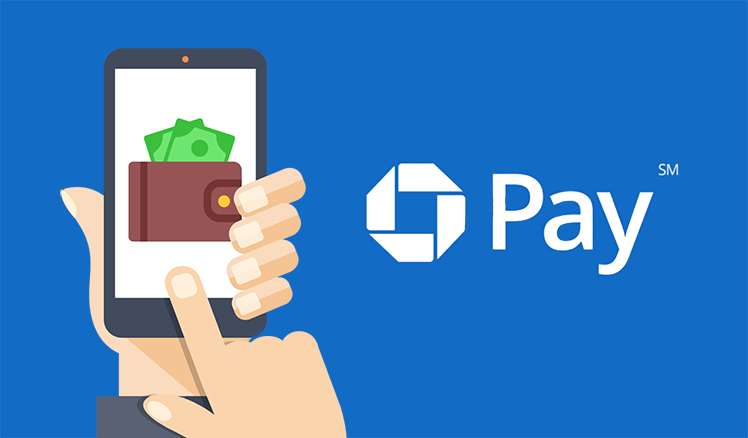 Making a difference for customers

Chase Pay is likely to attract a large number of potential users by letting the bank’s 94 million credit, debit and pre-paid card customers use their smartphones instead of a plastic card for purchases. Chase customers can use the app on all smartphones and pay at places where other mobile payments don’t work, for example at gas stations or drive-through windows. Chase Pay will also support retailers’ loyalty programs to let customers earn points and receive discounts right in their smartphones. Besides, customers will be able to take a photo of a bill, which can be especially convenient when paying in restaurants.

Chase Pay will be available on both Android and Apple devices. Using the app, customers don’t have to stick to one particular operating system to use a digital wallet (like in Android Pay, Apple Pay, etc.), which gives them a sense of choice.

Chase’s app doesn’t use the tap-and-pay NFC technology like Apple Pay or Samsung Pay do. Instead, Chase customers can use their phone camera to scan a QR code on a terminal’s screen. The QR code will take users to the mobile wallet payment system. Such technology opens up a new payment option for iPhone 5s and earlier versions as well as for other smartphones without NFC.

Some may think the QR technology is not as easy and clear-cut as NFC because customers have to make more frictions to make a payment. But using a QR code can prove to be more effective to pay at stores that don’t have special contactless payment terminals for those digital wallets based on NFC. Besides, some customers may be familiar with similar scanning technologies previously introduced by Starbucks and Groupon.

It also seems that JPMorgan Chase aims to solve the challenge of having too little places where customers could pay with mobile wallets by making an attractive proposal to merchants.

Making a difference for merchants

One of the main advantages for merchants lies in Chase’s method of applying charges and processing fees. The bank stated that it will cost businesses less to accept Chase Pay than any other digital wallet. Thanks to the agreement with Visa in 2013, Chase got its own version of Visa’s transaction processing network called ChaseNet. With this license, all Visa-branded Chase credit and debit cards can be processed in the Chase network instead of Visa’s, which allows the bank to determine its own transaction fees.

To keep the promise of cutting retailers' costs, JPMorgan Chase signed a deal with the retail consortium Merchant Customer Exchange (MCX), which includes more than 100,000 member locations across the U.S. On these terms, merchants have already begun actively introducing Chase Pay as their payment option. For example, the coffee giant Starbucks will have introduced Chase’s mobile wallet at about 7,500 locations by the end of 2016. Shell and Phillips 66 have also agreed to accept Chase Pay at their gas and petroleum stations. Besides, other major U.S. retailers such as Walmart, Best Buy and Wakefern have signed an agreement with Chase.

Chase Pay also uses tokenization to ensure secure payments. This point became especially critical for retailers after some of them including Target, Home Depot and TJX were hit by hackers. Chase’s mobile wallet based on the QR technology is potentially much more reliable than NFC solutions by Apple or Android Pay for 3 main reasons:

In search of a mobile wallet solution

As new mobile wallet players emerge on the market offering new payment experience, banks with no mobile wallet option should realize that their once-exclusive relationships with customers are under threat. Though most mobile wallet competitors have just started offering this technology, banks should not lie dormant since customers have already caught up on the idea of mobile payments realized in mobile banking. With 57% of new checking accounts opened by tech-savvy millennials in 2015 (Consumer&Community Banking), mobile wallet is likely to be the next big thing. Therefore, banks that want to own and brand this payment technology should think of the essential mobile wallet standards and how to apply them in practice. So, here are some questions for consideration:

Banks should also realize that the mobile wallet option is not only for merchants with payment terminals or fees in mind, but for customers as well. Customers are the end users of mobile wallet apps, so it’s them who decide whether this technology will find further development.

Those forward-thinking bankers that prioritize innovation can offer their customers a new trusted payment experience. In the future, banks offering mobile wallets will have 2 major advantages. First, they will be able to faster introduce innovations, such as cardless cash ATM withdrawals, to meet customer needs. Second, mobile wallets will help to create a holistic payment system that will enhance customer experience and create stronger relationships that foster loyalty.

Need an IT solution that will suit your specific business needs? Thrive with our platform-based and custom banking software.