The Customer is an ambitious Swedish IT startup developing encryption solutions based on the Advanced Encryption Standard (AES). The software created by the Customer received positive reviews by Lifehacker in 2015 and by PC Mag in 2016.

The Customer strives to extend its existing Windows desktop encryption solution to other popular desktop and mobile platforms. The solution uses AES 128/256 bit encryption that, according to the U.S. government, is sufficient to protect classified information at Secret and Top Secret levels.

To create iOS, Android, and Windows Phone versions of their .NET-based encryption tool, the Customer chose to go with Xamarin and turned to ScienceSoft to assist in delivering.

In line with the Customer’s requirements, the iOS / Android / Windows Phone versions of the app developed by ScienceSoft have a reduced (compared to the desktop solution), yet hands-on functionality. Using Bouncy Castle cryptography algorithms, our Xamarin developers managed to recreate AES encryption on mobile.

When a user opens the app, they go through the sign-up / sign-in procedure. Then, a user can open a file (encrypted with the Customer’s desktop solution) from the device’s internal or cloud storage, decrypt it and view the contents in the app corresponding to the file format.

The apps also show a list of recent files, account status and time left till the end of services subscription, as well as links to feedback, support and online payment. 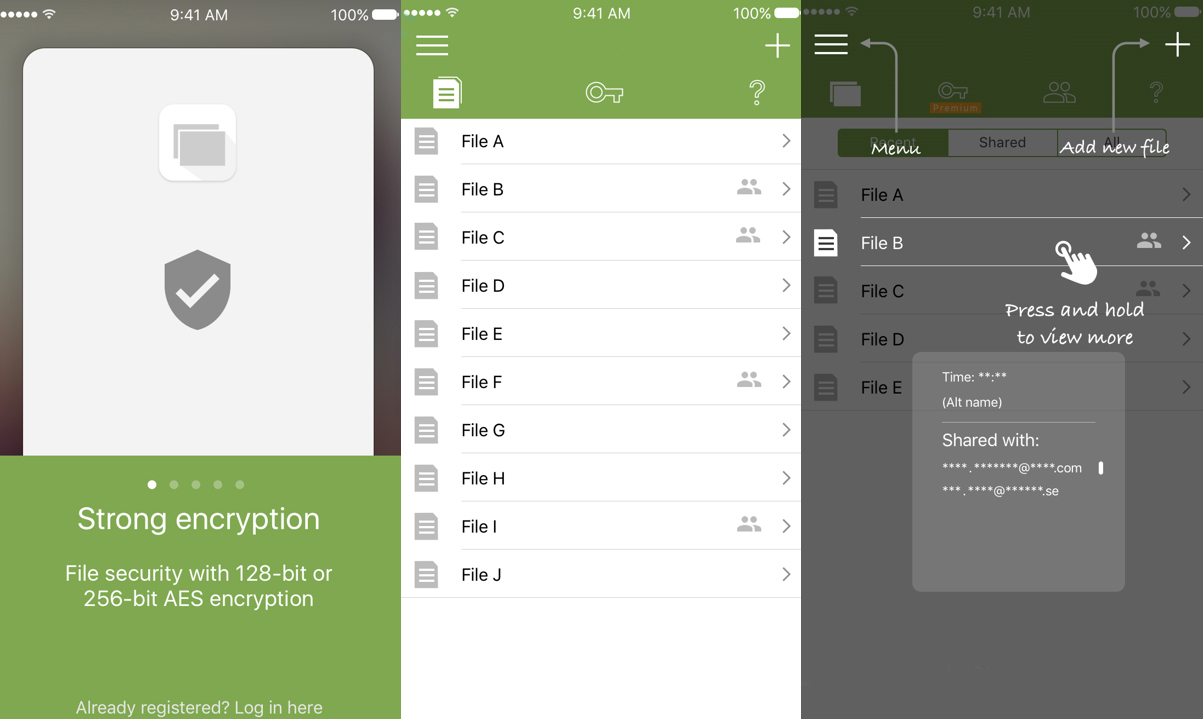 The UI used in the development was provided by the Customer.

The Customer was satisfied with the results of the development and has already planned the features to add to the app. After the next app release in cooperation with ScienceSoft, a user will be able to open a decrypted file, edit it, and encrypt the updated file back.