Lately, the majority of leading mobile payments providers, including Apple, Google and Samsung, have been working hard to push their services to users. Unfortunately, they still haven’t reached widespread adoption. Under such circumstances, Google has stepped up its efforts to further extend the usage of Android Pay by entering into partnership agreements with a number of banks over the globe.

In its recent blogpost, Goggle announced new partnerships with a number of world-known banks including the Bank of America, Bank of New Zealand, Discover Financial Services, Poland-based mBank and USAA. As agreed, Goggle’s official Android Pay application will be integrated with the banks’ mobile banking service. These partnerships, for the first time, have made Android Pay available within mobile banking apps. 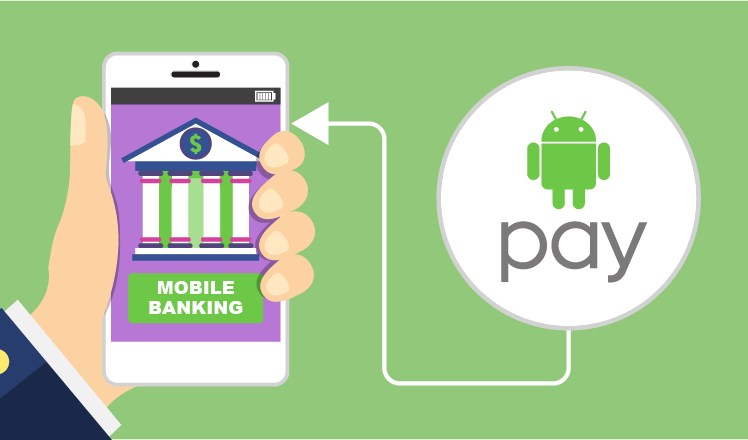 What are the mutual benefits for partners?

Partnering with banks, Google hopes to increase Android Pay adoption via a new distribution channel. Despite being first-to-market with its mobile wallet among other technology providers, Google has later failed to grow the number of app users. As of 2016, Android Pay had only 12 million active users, compared to 45 million users of Apple Pay and 18 million ones of Samsung Pay (2017 Juniper Research).

With this move, the company expects that customers will show interest in the new payment option in their mobile banking apps and start testing Android Pay directly from there. Additionally, by co-branding with banks, Google can eliminate security concerns that still remain the second popular reason why users avoid using Android Pay. Since customers trust their banks and feel secure storing sensitive data in their mobile banking apps, Google can expect the similar level of confidence about Android Pay.

As for banks, those that integrated Android Pay expect to attract new tech-hungry customers with this smart, distinctive feature. As customers become more tech-savvy and tend to choose their primary banking provider based on an exceptional digital banking experience, the decision to cooperate with Google and invest in the mobile wallet may bring tangible results in the future. Google commented that some other banks would soon introduce the same functionality in their mobile banking applications.

Banks have always strived to deliver excellent customer experience with digital innovations, such as mobile banking apps. But as the demands of modern tech-savvy customers continually increase, this goal is no longer achievable by just offering standard ‘transactional’ functions.

Now it’s high time for banks to start experimenting with smart and innovative features developed first by fintech companies. If collaboration between banks and Google turns out beneficial for both parties, it will once again prove the effectiveness of synergy while delivering convenience and additional opportunities for customers.