Why and how banks go for blockchain

Soon after mysterious Satoshi Nakamoto released Bitcoin: A Peer-to-Peer Electronic Cash System, the term bitcoin became a buzzword making the headlines. While some bitcoin evangelists try to prove it could substitute banks and financial institutions and allow people to manage their own money with no intermediary, others are not so fascinated and point to the weak points of bitcoin: volatility, price fluctuations and links with dubious trade activities from anonymous accounts.

Yet despite the criticism, bitcoin has long been under banks’ scrutiny and, as it turned out, for good reason. The blockchain technology lying in the heart of bitcoin opened up a number of possibilities for the whole industry. Let’s see what’s in there for banks and financial companies. 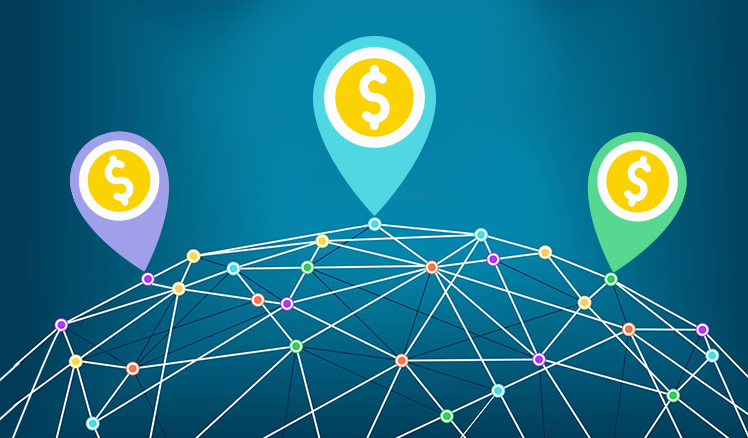 First, after the well-known fraud of Lehman Brothers with repo transactions, policymakers enacted structural reforms to the US financial system. Such regulations as Basel III and the Dodd-Frank Act significantly increased compliance costs for banks.

Second, the existing cross-border payments system is rather outdated. Most personal and business transactions still happen via bilateral correspondent banking relationships, which is often time-consuming and costly (especially in case when banks have no direct relationship with each other). Besides, using the centralized SWIFT messaging protocol is rather insecure, since the system is not always resistant to hacker attacks. For example, in 2016 the Bangladesh Central Bank lost over $81 million due to unauthorized transactions routed through the New York Federal Reserve Bank using the SWIFT network.

Third, numerous cases of the so-called “naked short selling” (when someone short-sells a tradable asset without first borrowing the security or ensuring that the security can be borrowed) led to the problem of double-spending. Though this practice is illegal, due to various loopholes and discrepancies between paper and electronic trading systems, cases of naked short selling still exist.

Searching for a way to solve all these challenges, banks pinned their hopes on blockchain with its concept of a distributed ledger.

Blockchain is not a totally ground-breaking technology, since it combines numerous already existing concepts, such as distributed systems, peer-to-peer networks, asynchronous cryptography and cryptographic signatures. Yet, what makes blockchain so unique is its ability to transfer value and verify ownership at any given time. Using a chained encryption scheme, the system allows keeping all data in a chronological order, which makes it very easy to trace any changes made to the ledger and eliminates tampering. Robert Palatnick, DTCC Managing Director of IT Architecture, highlighted the blockchain potential by aptly calling it “a single indisputable version of the truth.”

How banks are unfolding blockchain

Those banks looking to retain their competitive edge in the face of fintech innovation went for partnerships with startups, creating proof-of-concepts and pilot programs around blockchain.

The group of major banks including the Bank of America, Merrill Lynch, Santander, UniCredit, Standard Chartered, Westpac Banking Corporation, and Royal Bank of Canada created the Global Payments Steering Group (GPSG) using Ripple’s distributed financial technology. These leading institutions are working together to address the need for faster cross-border payments while reducing payment costs. The common goal of GPSG is to establish a common set of standards and protocols to securely manage high-speed money transfers across borders using blockchain.

R3 CEV also leads a consortium of about 70 world-biggest financial institutions. Their blockchain-inspired Corda platform is primarily oriented on working with “smart contracts.” Though Corda inherited some principal characteristics of blockchain (for example, the concept of a distributed ledger or consensus mechanisms), it is not a “pure” blockchain platform. R3 states that Corda is being adopted specifically for the needs of the banking software and financial solutions industry. For example, the Corda platform ensures the privacy of transactions and commercial information by limiting the unnecessary global sharing of data. This feature can be valuable for letter of credit (LOC) transactions or factoring, where only contracting parties will have access to common data.

3.    A distributed ledger for DCTT

Another initiative came from the Depository Trust & Clearing Corporation (DCTT), which decided to test the effectiveness of the distributed ledger technology on the market of credit derivatives. On January 9, 2017 DCTT announced that it selected IBM, Axoni and R3 to work on DTCC’s Trade Information Warehouse (TIW), building a distributed ledger solution for post-trade processing. The project is being developed in collaboration with major banks including JPMorgan Chase, UBS, Wells Fargo, Barclays, Citigroup and others. After the project goes life, it can be connected to the Hyperledger, which is going to operate on a global scale.

Blockchain is a contender

Alex Tapscott, the founder and CEO of Northwest Passage Ventures and co-author of Blockchain Revolution, named blockchain the second generation of the Internet. Nevertheless, banks should not consider blockchain a panacea that will ease all their pains. After all, the technology is very young and banks still have a lot of work ahead to discover and effectively use all the possibilities of blockchain.

Need an IT solution that will suit your specific business needs? Thrive with our platform-based and custom banking software.

Banking IT
Banks and Fintechs: tight cooperation or fierce struggle?

Banking IT
Cognitive systems: the future of banking and finance?