CRM Expert and IT Architect

Microsoft is bringing together its Dynamics CRM and ERP solutions in a brand new cloud bundle called Dynamics 365. Our CRM consulting department looks at all the available facts to see how disruptive it could be for businesses. 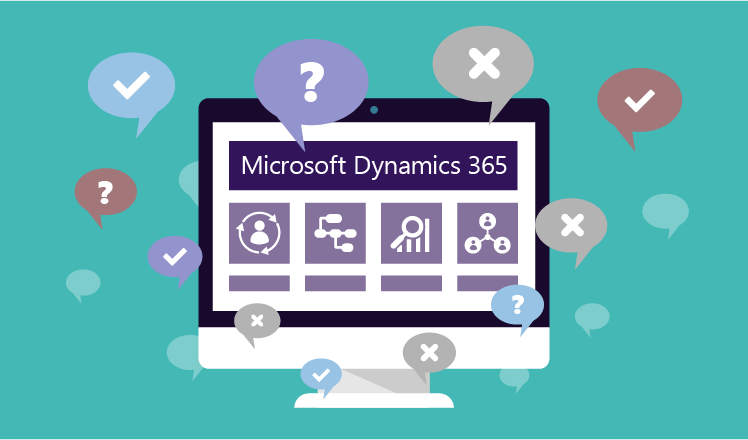 Officially announced on July 6 and presented a bit later at the Microsoft Worldwide Partner Conference, Microsoft Dynamics 365 has already made quite a stir. Despite few details revealed so far, there’ve been no speculations as such, with many relying on hard facts to comprehend Microsoft’s latest move. Here, we put together a neat summary of what this major announcement may mean for current and future users of the Microsoft Dynamics family of products.

It seems like Microsoft sets out to reinvent business processes in a clever bid to win more CRM market share (currently at the 4th place with 4.3% according to Gartner). Part of Microsoft CEO Satya Nadella’s masterplan, the rollout of Microsoft Dynamics 365 could indeed become “the next major chapter in the story of Microsoft Dynamics applications” as claimed by Survivingcrm.com.

This major initiative is presented as repackaging and re-architecture of Dynamics CRM, AX and Project Madeira (built on Dynamics NAV) with the infusion of Office 365, where re-architecture means the coming of business apps in the cloud powered by Microsoft Azure, a new application platform, and a common data model that is the spine of Dynamics 365 binding together both business processes and productivity.

The cloud bundle will feature separate, purpose-built applications for Financials, Field Service, Sales, Operations, Marketing, Project Service Automation and Customer Service. Financials (read, Project Madeira) is the first application set to be released in the US and Canada around the time of Microsoft Summit in October 2016, while Sales and Marketing components are expected only in 2017.

Based on what we’ve learnt so far, Microsoft Dynamics 365 has 4 distinctive elements that make for its value proposition.

The marriage of CRM and ERP offerings within one solution is a pretty mind-blowing idea on its own. With Dynamics 365, this is the promise of cross-departmental visibility with no access barriers between operational (ERP) and sales & marketing (CRM) data for designated users. This also eliminates risks associated with integration of stand-alone applications, which not always works as expected, let alone considerable investments required.

As far as it can be understood, Dynamics 365 makes a heavy use of Power BI with easy-to-comprehend data always at the user’s fingertips. This implies aligning big data, analytics and IoT to enable every Dynamics 365 user to gain their own, on-demand analytical insights independently. And based on what we’ve heard at this year's CRMC, data analysis climbs up CX practitioners’ charts for the opportunity to better understand customers’ journeys.

Microsoft Office 365 is another key element in the Dynamics 365 equation that spices up every business process with personal productivity tools. With SharePoint in the Office 365 suite, the platform would bring advanced collaboration opportunities between team members that can be used in the context of particular business processes with no need to switch between applications.

For Dynamics 365, Microsoft has broken down its extensive features by such components as Financials, Sales, Operations, and more listed above. With this comes a new licensing model where users will be able to subscribe to either Business or Enterprise editions by select applications or particular roles (for example, a field sales agent). This means buying only what you need instead of deploying the entire, preconfigured suite with both relevant and irrelevant functionality. More details on pricing will be coming closer to the Dynamics 365 release.

Along these lines, Microsoft has launched the dedicated AppSource marketplace with a line-up of customizable business apps by Microsoft and its Partners.

On transition to Dynamics 365

Is Dynamics 365 inevitable for current users of Microsoft Dynamics solutions? Concerns are being voiced all over, from Dynamics Online users who expect the service to go away sooner or later, to the ones who are afraid that their custom add-ons like those for CRM integration with portals and website just won’t be working.

No definite answer can be given right now, but it has been reiterated multiple times that Dynamics 365 will only complement the current Dynamics suite and not replace any of its products. However, with Microsoft officials talking about ‘seamless transition’ from Microsoft Dynamics CRM and AX Online to Dynamics 365, it looks like the former will have to go. Good news for those using Dynamics CRM, AX and NAV on premises or in private clouds, the products will be continuously supported even after the Dynamics 365 release. Again, more details are expected closer to the fall.

Can I see the demo, please?

Apparently, not until Dynamics 365 purpose-built components come one by one starting this fall. But brace yourself in these strange times, you won’t be dealing with it alone. As a Microsoft Partner, ScienceSoft and its CRM consulting practitioners are following the topic closely to provide one-on-one consultations for both current and potential users worried about the coming of this new platform and its impact on their business flows. Drop us a line to book one for free.

Are you planning to implement Microsoft Dynamics 365 or experiencing troubles with your existing solution? Our experts are ready to address your challenge.