Editor’s note: Choosing a country for software development outsourcing is often a headache. To simplify this process, read on about 6 offshore countries that could be a fit for your outsourcing needs. And if you’d like to start cooperation with a reliable outsourcing provider straight away, you can explore ScienceSoft’s software outsourcing offer.

The right software development outsourcing vendor helps reduce development costs and deliver software faster, minimize management efforts and get access to expertise unavailable within a customer’s company. But the question remains – where to find such a vendor?

ScienceSoft studied vendor countries beyond ‘overhyped’ ones and picked 6 emerging destinations that can become a beneficial choice for outsourcing software development. In this article, we look at their pros and cons backed up by statistics. The countries are listed in the ascending price order. 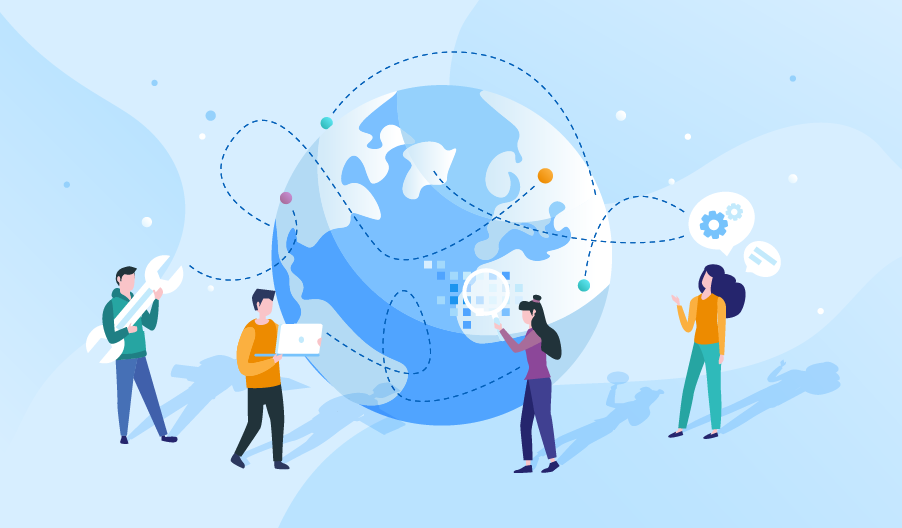 Vietnam takes the 5th place in the Global Services Location Index, a research that studies the outsourcing attractiveness of 50 countries world-wide based on their financial appeal, people skills and availability, business environment and digital resonance (digital skills and cybersecurity level). Vietnam’s result is driven by low labor costs that compete with India and favorable IT tax regulations.

IT market: In 2014, Vietnam overpassed India to become Japan’s second-biggest partner in IT outsourcing. An improving business environment has propelled the growth of IT services and software companies, which hit $8.8 billion in revenues in 2018.

IT resources: TopDev, a popular IT recruitment platform in Vietnam, lists 300,000 developer profiles by 2019.

However, the IT market in the country is relatively young, so the education system doesn’t always satisfy the demand for high-quality IT specialists. Also, IT outsourcing culture is just being formed, and IT-related soft skills (e.g., communication) tend to be a weak spot.

IT rankings: The country got the 23rd place out of 50 in solving HackerRank’s coding challenges for developers around the world. Developers showed high results in the Artificial Intelligence (AI) section, which is one of the emerging technologies in the Vietnamese software industry.

Other tech areas that are expanding in development companies are fintech, blockchain, Software as a Service and ecommerce.

English proficiency: English skills aren’t the strongest side of the country’s outsourcing offer – Vietnam took the 52nd score by the EF English Proficiency Index (EF EPI), which is only the 10th result among Asian countries.

According to the Global Services Location Index, Turkey is 39th among countries most suitable for IT outsourcing with a good score given to people skills and availability.

IT market: The IT market size in Turkey was valued at $7 billion in 2017 with total ICT (information and communications technology) exports being approximately $1 billion (mainly to the EU companies). By 2018, there were 71 technoparks in Turkey, which generated 12% of the total IT volume, – this is more technoparks than in any other country from the article. The government also puts great emphasis on supporting the R&D companies.

In the upcoming years, Turkish IT companies are going to focus more on AI, cloud computing, big data, cybersecurity, blockchain, and other tech trends.

IT rankings: According to HackerRank, Turkish programmers were ranked 30th from 50 countries, overpassing India.

English proficiency: English knowledge is low among the population – Turkey is only 79th (out of 100) in the EF EPI rating, so you should check your vendor’s English competences if you’re going to outsource software development to Turkey.

The Global Services Location Index has acknowledged Malaysia among the top 3 countries appealing for outsourcing thanks to its stable economic and business landscape and, thus, financial attractiveness for foreign investors, who bought net $635 million of the country's shares by 2018.

IT market: The government plans the economy’s digital transformation with hi-tech engineering being the key priority. The main tech areas include cloud, IoT, data analytics, cybersecurity, ecommerce, and AI.

IT resources: According to the Stack Overflow stats, the country has a pool of 143,000 developers. Malaysian workforce is considered rather skillful, though it has yet to catch up with Asian leaders on fulfilling more complex technology requirements in outsourcing projects.

IT rankings: In the HackerRank rating, Malaysia is 47th out of 50 countries with the strongest developers. The country is among leaders in the Distributed Systems section.

Developer salaries: On average, it’s about $1,624 a month (which can save up to 79% of salary costs compared to the US rates).

English proficiency: English skills are an aspect Malaysia can boast of. It takes 26th place by EF EPI with high scores that put it the 3rd among Asian countries.

Located in Eastern Europe, Belarus is not a large but capable tech goldmine. The country was named as a top outsourcing destination in 2016 by the Global Sourcing Association in the UK. It was also included in the Top 30 Locations for Offshore Outsourcing Services by Gartner.

IT market: Computer and IT services are the 3rd largest sector in Belarus, which has strong governmental support. In 2018, the total revenue of IT companies comprised $3.1 billion. Belarus has an export-oriented IT market: 60.5% of IT experts work in software development outsourcing companies. The share of IT services exports is the 2nd in total services exports of the country and is growing at an annual pace of 10%.

IT resources: Belarus accumulates around 54,200 developers. Many of them specialize in such complex areas of software development as high-load systems, big data, IoT, cloud computing, fintech, machine learning, and AR/VR.

IT rankings: Belarusian developers are ranked 7th in solving Topcoder coding challenges. The country is also renowned for its wins at international coding competitions such as Google Code Jam, Facebook Hacker Cup and Google Hash Code.

English proficiency: Belarus is 47th out of 100 in the EF EPI rating on English language competences (overpassing Russia and Ukraine). Fluent English is a must requirement for project managers, BAs and developers to participate in foreign projects.

Looking for a Vendor for Offshore Software Development?

ScienceSoft’s team of experts provides cutting-edge technologies and strong project management while allowing you to cut on development costs.

Poland has been acknowledged as a trustworthy outsourcing destination: it has the 24th place in the Global Services Location Index, as it offers both financial benefits and an attractive business environment.

IT market: Polish IT market is one of the fastest growing in Eastern Europe. The country’s IT services sales is expected to reach more than $15 billion by 2020. And software development has the biggest share in the country’s IT market, comprising 35% of the total value.

IT resources: Poland has one of the largest tech talent pools in the region. In 2018, the number of professional developers in Poland constituted 279,800 showing almost 10% yearly growth.

IT rankings: Polish developers got the 3rd place in solving HackerRank’s challenges with especially remarkable results in Java, Python, and Ruby.

Spain takes 42th place in the Global Services Location Index as an outsourcing partner. The country has more expensive rates than the ranking’s leaders, but they are compensated by an excellent score for people skills and availability and the business environment. Spain can also boast of a highly digitalized economy.

IT market: Spanish IT sector is among the top 5 markets in Europe: it consists of more than 34,000 IT companies, which make 4.3% of GDP. In 2016, the turnover of the IT services alone was $9.6 billion, and it is projected to arrive at $11.9 billion by 2021. There is an increase in the popularity of such emerging technologies as big data, IoT, AI, robotics, 3D printing, drones and AR.

IT resources: There are about 308,500 developers in Spain, which is more than in any other country on the article’s list.

IT rankings: Spain is ranked 18th from 50 by its programming skills in HackerRank’s challenges.

Developer salaries: On average, it’s $4,748 a month (which is around 47% of costs saved with outsourcing compared to the US salaries).

Your reliable partner in outsourcing

If you’re looking for a favorable cost/quality balance without outsourcing risks, then Belarus is your happy medium among all counties listed. Its resident companies strongly focus on outsourcing and have best practices worked out for cooperation with clients all over the world.

Looking for an outsourcing partner to take over your software development project or the entire pipeline of projects? ScienceSoft is ready to support your business growth and digital transformation initiatives.