UI Redesign of a Mobile Banking App for iOS and Android

The Customer is Unibank, one of Azerbaijan’s largest private banks that received international recognition from MasterCard and Deutsche Bank AG London. In 2015, the Customer turned to ScienceSoft and requested a mobile banking app for Android and iOS. The app was released for both platforms in 2016 and was not only warmly welcomed by users but also highly praised by Deloitte in its Mobile Banking App review for 2016-2017.

As the app’s functionality kept expanding, it could no longer fit in the existing UX and UI design. Therefore, the Customer requested a complete mobile app redesign at the start of 2020.

Once ScienceSoft’s BA received UX prototypes from the Customer, she performed usability testing and prepared a specification with detailed functionality requirements, which laid the groundwork for our UI designer. The UI designer was tasked to create a ‘light’ and ‘dark’ UI versions for both Android and iOS while adhering to the Customer’s brand guidelines.

In 3 months, the finished UI design was handed over to development. For the next 3 months, 2 iOS developers and 2 Android developers worked on implementing the redesign in accordance to the Scrum methodology. 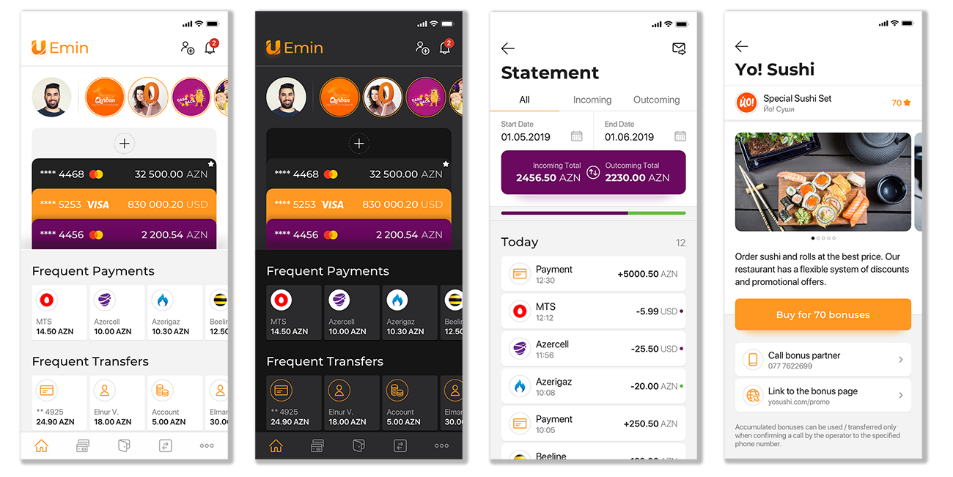 The Customer obtained the UI design that helps highlight the powerful functionality of the banking app. Also, the Customer can now evolve the app further without any design constraints.