Microservices are an architectural solution for designing complex software by breaking it into small independently deployable modular services. It is often contrasted with the traditional monolithic architecture where software is built as a single unit. Most often, microservices communicate via REST.

Let’s consider how introducing microservices can help a Java project, what efforts their introduction requires, what risks it brings, and in which cases it will not be a good fit. 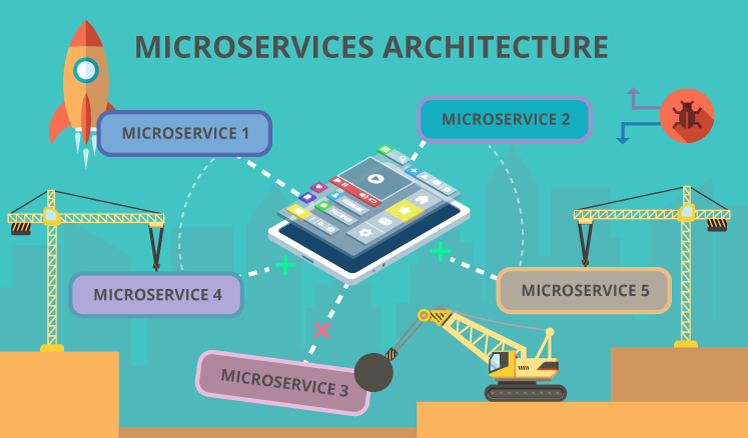 Java microservices architecture brings the following benefits to a project:

As everything goes for its price, let’s consider some potential pain areas associated with implementing Java microservices:

When microservices are not suitable

Considering the benefits and drawbacks the Java microservice architecture brings to a project, it makes sense to apply it for complex evolving applications where a monolithic architecture becomes too difficult to manage. As for short and simple projects, there’s no need to invest deployment and testing efforts into microservices.

Is a mixed approach possible?

Can you kill two birds with one stone and combine the monolithic approach with the microservice architecture? Unfortunately, you cannot. However, you can order to refactor your monolithic application to microservices if there’s such a necessity. This process is rather complicated, but it will make sense, if you are sure that your application is going to grow soon.

Yet, microservices may introduce some soft spots to your Java project security. 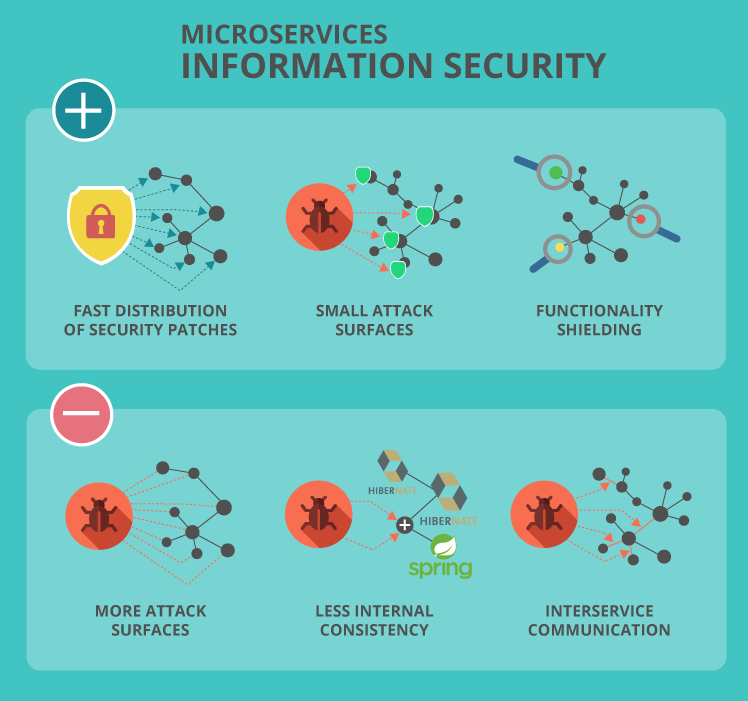 How to solve security problems

With the right strategy, the security risks associated with the microservice architecture can be mitigated.

Start with establishing common repeatable coding standards to reduce code disparities that can lead to exploitable vulnerabilities or escalated privileges. Then, take care to provide permissions to software modules only to the processes or individuals that should have it. For example, a microservice that merely checks the inventory availability should be granted read rather than read/write permissions to access a database if there is no necessity to modify the existing information.

Map out communication methods among microservices. This will help identify potential problem areas as well as the application’s irregular behavior. And, finally, keep each microservice fully documented, including the function it serves, what damage can be done to (or by) each particular microservice if it is compromised, and what it can be adjusted to or safeguarded against.

Let’s consider what technical knowledge a Java developer needs to work with microservices. 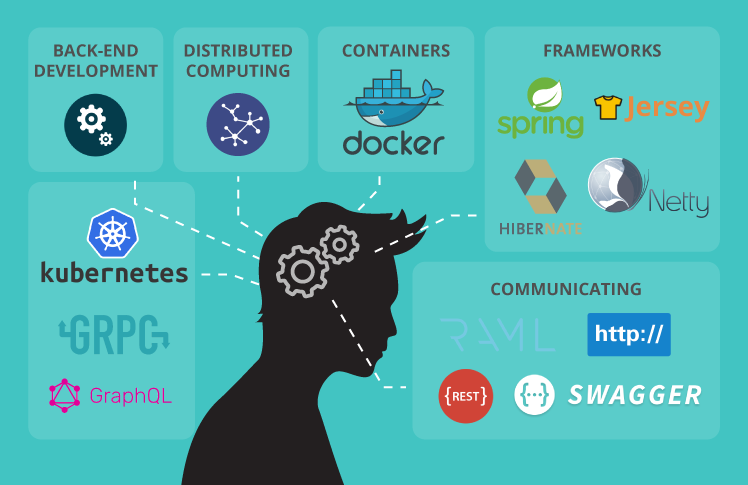 First of all, one should be familiar with distributed computing. Microservices are a distributed system that is more complex than a traditional monolithic architecture. So, each microservice should solve only one problem not to overcomplicate the system. Besides, the project team should be prepared to refactor software elements as needed.

Knowledge of containers, perhaps, the most popular ones such as Docker, may be useful. They allow software to run reliably every time and help pieces of code be plugged into the operating system quickly.

As there are lots of complexities in getting microservices work together, experience in back-end development will be useful for developers as well.

Since Java microservices are typically communicating REST over HTTP, understanding REST/HTTP/RAML/Swagger is also required. Other useful technologies include Kubernetes for service orchestration, gRPC for high-speed internal communication, GraphQL for data orchestration, and so on. Among the most used frameworks to work with microservices in Java are Spring, Hibernate, Jersey, and Netty. These are open source frameworks praised for their reliability, maintainability and high performance.

Considering the modular nature of the microservice architecture, testing gets rather tricky with multiple layers required.

Considering benefits Java microservices bring to the software development process, no wonder they are becoming increasingly popular. But you should remember that everything goes for its price and carefully weigh the pros and cons of this architecture against your needs.