EHR is becoming a dirty word

While caregivers anticipated the eventual emerging of the post-EHR era in hopes that new systems will reach the previously unachievable levels of usability and functionality, the change wasn’t planned anytime soon. However, some recent news and opinions may indicate that the transition will commence way faster than it was expected and EHR will be dethroned.

Practically, what happens is that big players in healthcare software game start to weaken their ties to EHR, claiming that there’s more to that. Healthcare IT News has recently published an article about representatives of Cerner, athenahealth and eClinicalWorks, which seem to talk in the similar tone and re-position their products to push it away from the three-letter concept. 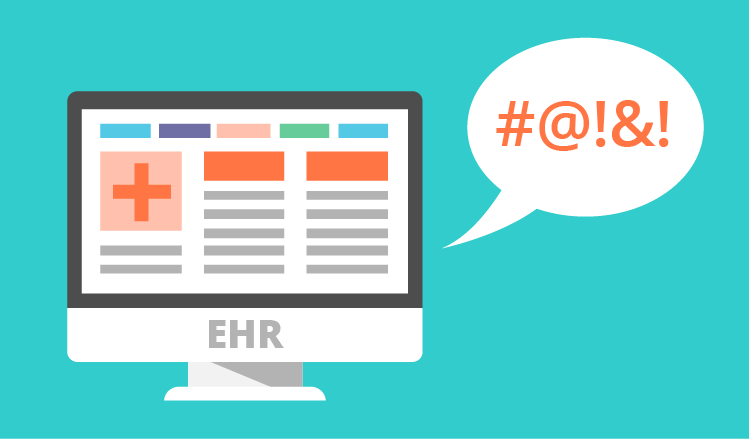 While CMS considers EHR a core touchpoint in tech-supported care delivery, stakeholders and decision-makers on the healthcare IT market seem to highly disagree with this statement. We came up with a few ideas on vendors’ reasons to evade associating to EHRs.

October 16th, 2015, eClinicalWorks has announced its new hardware-agnostic cloud services platform – 10e. Company founder and CEO Girish Navani doesn’t want anyone to call the solution an EHR anymore, as, according to him, the typical EHR set of features fills only about 5 percent of 10e’s capabilities. Indeed, new system introduces a functionality outside the regular EHR scope, including:

Practically, the solution unites a core EMR with a number of disparate applications, that partially resemble healthcare CRM, under one HTML5 roof, allowing caregivers to handle their workflows and care for patients in a more comfortable and connected way. In this case, walking off from the three-letter acronym might just be a PR stunt, because eClinicalWorks’s existent clients wouldn’t need yet another EHR when they already invested in one. But a cloud-based shift to the post-EHR era – this might work. Meanwhile, the vendor can also attract new clients which had the negative experience with EHR in past and now perceive it like a dirty word. For them, this will be an escape from rigid and complex solution into the ever-accessible cloud.

Before any caregiver can become an ACO or its member, they have to implement a full-cycle IT system to support care coordination, reporting and synchronizing workflows, including such solutions as:

Of course, to-be-ACOs shouldn’t be interested in EHR-exclusive vendors, because it is way more convenient and time-saving to sign a contract with one company and let it handle everything healthcare IT required.

Cerner President Zane Burke states that Cerner aims to become a population health company. If they do so, then they definitely can find a common point with ACOs, which target is, among others, to improve population health. Burke also reminds about difficulties in patient information consolidation, access and exchange, saying that every piece of data needs to be available, but “you’re just not able to do that within the confines of an EHR”.

Jonathan Bush, CEO of athenahealth, also shifts from the three-letter concept, mainly because the company offers more solutions, including patient communication, care coordination and revenue cycle management service in the cloud. And ACOs need this “more” part. However, that’s not all, athenahealth is also ready to share responsibility, revenue and losses with accountable care organizations.

Particularly, if caregivers opt in to use athenaOne integrated services along with athenahealth Population Health service, the company shares 100% of the risks with them. But is it so?

In reality, athenahealth takes the risk for their Population Health service, as organizations’ payment for this service will be based on caregivers’ performance quality. 100% quality equals paying 100% fee, and anything below automatically reduces the fee respectively. Accordingly, healthcare organizations will still pay the full fee for athenaOne integrated services.

It is election time with worries, new hopes and hunger for the win. The person who will be in charge, is expected to bring changes. Healthcare might experience major changes either, and some vendors are already taking the stand. Why? The reasons can be different. Some of the companies may want to show that they can adjust to any situation, some may be eager to express their loyalty to some of the candidates (by contributing to presidential campaigns), others may wish to emphasize the need for reforms.

In particular, Jonathan Bush, CEO of athenahealth, talks boldly about Barak Obama, rivals, EHRs and CMS initiatives. His bravery might be another PR stunt or an announcement of a position taken: “Even if Ed McMahon gave you an EHR, your problems would not be solved. That did happen except his name was Barack Obama, and no one believes their problems have been solved.” Bush also slams competitors, claiming that “Allscripts and Epic were dead in the water before meaningful use.”

As athenahealth seems to have little faith in EHRs and company’s CEO also considers that driving organizations into EHR products is a mistake, no wonder they want to rechristen their own services into something other than the big bad three-letter wolf.

Vendors are in better position than those who will use their products, doesn’t mind the name. While companies are blaming the government, president and the whole world in wrong EHR positioning and poor elaboration of good ideas, what is left for caregivers?

They are not in power to take a stand because any organization of workflows is better than nothing. If the new country leader will flip healthcare through 180°, caregivers will adjust. If a new technology will become the care delivery center point, they will adopt it. Currently, the EHR customization trend seems to develop in direction of cloud-based and CRM-like systems that offer a more comprehensive patient profile view, real-time updates and platform-agnostic use.

But until the new era will form and emerge, EHR wears a crown and costs a pretty penny. So what do salespeople of these vendors tell their clients? We are no more the EHR company, we are way more than that? Okay, and what does it mean? You still sell EHRs.

EHR and EMR Development by ScienceSoft

With expertise in healthcare IT since 2005, we will deliver HIPAA-compliant EHR with a set of features designed for doctors’ convenience in 2-4 months.