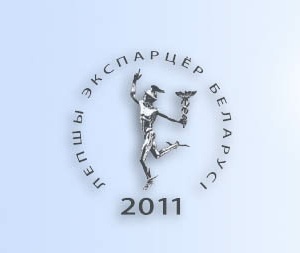 May 24, 2012. ScienceSoft, a software development and IT outsourcing company, was granted an encouraging Diploma of «Best Exporter of the Year 2011» contest that took place in Minsk.

The competition is annually held by the Belarusian Chamber of Commerce and Industry; the aim is to award the enterprises that contribute significantly to the positive image of Belarusian products and services on the world market.

ScienceSoft in person of Nikolay Kuraev, CEO, was granted an encouraging Diploma in the nomination «Service». ScienceSoft is among the awardees for several years successively and this year ScienceSoft was one of three representatives of Belarus Hi-Tech Park that were noted.

"Best Exporter of the Year" is the Republican contest that is held annually under the State program to support small and medium business in Belarus.  Each year the competition gathers more and more enterprises of different forms of property. The main purpose of the contest is to stimulate the development of export-oriented production and promote the prestige of the producers on the world market, increase the volume, quality and competitiveness of exported products and services.